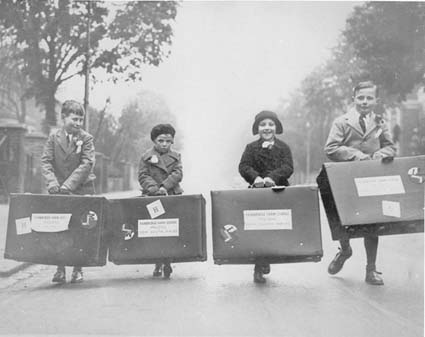 Talks will also centre around the Remembrance Drive and preservation of the drive.

The Association has various proposals for the erection of a memorial statue dedicated to all the children who attended the Fairbridge Farm School at Molong.
One of the most popular suggestions is to have a life sized statue based on the photo of four children with their suitcases who arrived at Fairbridge in the second
party of children in 1938. (See photo).

Beneath the statue could be a plaque with the names of every child migrant who attended Fairbridge between 1938 and 1974. The aim is to raise some funds for the monument by appealing directly to Old Fairbridgians and to the Old Fairbridgians Association and to explore the possibility of other, local sources of funding.