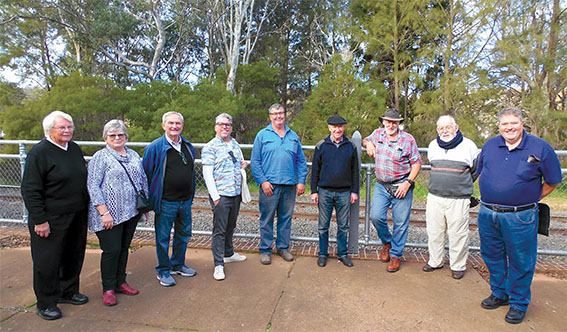 Molong cannot afford to sit back and miss out on an opportunity created by the NSW Government to restore passenger train services to country areas.

The opportunity? In 2019 the NSW Government’s Deputy Premier/Nationals Leader John Barilaro announced a commitment of $2.8 billion to upgrade and improve the current services provided by the XPT, Xplorer and Endeavour passenger trains on rural NSW tracks.

A contract has been signed for the $2.8 billion project to design, build and maintain the new regional rail fleet, including replacements for the XPT service.
It includes the construction of the fleet, which will offer 10 regional intercity trains, nine short regional trains and 10 long regional trains, as well as the establishment of a rail maintenance facility.

Transport and Infrastructure Minister Andrew Constance said the fleet would replace the current XPT, XPLORER and Endeavour trains. Mr Constance said he expected the fleet to be progressively introduced from 2023.

Page 5 The opportunities. What can you do to help?