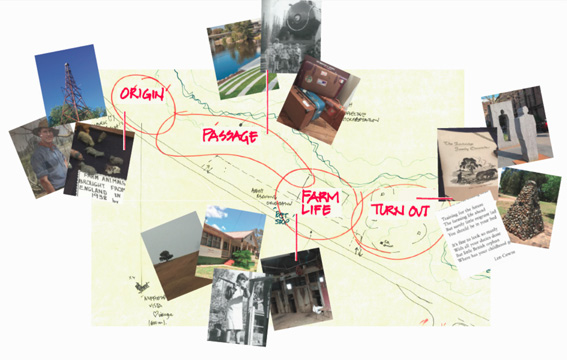 Parliamentary Secretary for Western NSW Rick Colless said the Fairbridge Children’s Park will acknowledge the legacy of one of Britain’s largest child migration schemes, which involved almost 1000 children travelling to attend the school outside Molong between 1938 and 1973.

“The Park will demonstrate the children’s perspective of the reality of farm life at Fairbridge – including the hardship, betrayal and limitations experienced by those under the program.”

Deputy Premier John Barilaro said the NSW Government is investing in the park which will be highly significant to the region’s history and its community.

“Much has been written about the hardship faced by those under the Fairbridge program with members of both Federal and State Parliament along with the Prime Minister of Great Britain offering apologies, recognising the suffering of so many under the Fairbridge scheme. This park aims to provide a respectful acknowledgement of the journey of victims and ensure they are commemorated.”

Kevin Beatty, Mayor of Cabonne Council said the park and highway rest-stop will be located on the Mitchell Highway and would be built at a site that was known as the Creek-side Paddock to the Fairbridge children.

“This will be at a high profile location on the Mitchell Highway and will be a significant attraction for thousands of travellers who use the highway daily – drawing people to the area and benefitting local businesses and communities,” Mr Beatty said.

“The Park will provide both economic and social benefits for the region, and complement the existing tourism offerings in Molong, including those at the Molong Historical Museum.”

Reg Kidd, Mayor of Orange City Council said the southern part of the site already has a road side rest area with parking, picnic tables and a Fairbridge commemorative cairn.

“The region has no comparable public space that combines landscape design of a high standard with the interpretation of a chapter of significance in the history of the region. The space will hold attraction for multiple audiences – children and families, history buffs and those seeking a quiet space to break their road journey.”

David Hill, Chairman of the Fairbridge park management team wanted to thank everyone who has made this possible and has contributed to getting this project off the ground.

“We are especially indebted to Rick Colless for his dogged and persistent support for this project within the government,” Mr Hill said.

“The Deputy Premier John Barilaro promised to support this way back in February and he has proven to be a man of his word.”

The Fairbridge Children’s Farm Park children’s park is being built on land that was formerly
part of the Fairbridge Farm and will tell the story of the nearly 10000 child migrants sent
there from Britain between 1938 and 1974. The park will provide visitors and locals with an
appreciation of the Fairbridge children’s journey to a new homeland, of their childhoods
without parents – and the starting of a whole new life in Australia. This will be a reflective park
which will encourage all who visit it to have a greater understanding of this important story,
which is of local and national significance.